Peer pressure… pressure to perform… fear of failure and rejection

Choosing the right tuition centre is crucial for your child’s academic success.

To begin with, there were many reasons.

One of the most common mistakes we discovered was the failure to identify challenges faced by a child when studying.

On the other hand, attending tuition centre does not guarantee the child’s success; Right Teaching Method and Right Study Method Does !!!

Here in Fun Learner’s School, we always make it a point to understand the challenges faced by students on their side of the problem before any meaningful progress can be expected. 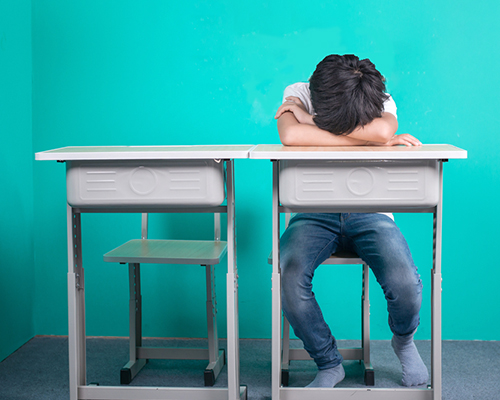 CASE STUDIES OF PAST LEARNERS

*Note: Names have been changed to protect identities.

Case Study #7: For Suresh*, Pressure To Perform Was Always In The Air

Suresh’s class felt different from the first day in Primary 6. Some classmates had toned down from their antics and became more focused. The teachers weren’t surprised as this was typical for the top 2 “banded” classes in the level.

No matter how teachers tried to play it down, students were constantly comparing results after any assignment and test. When Suresh turned out to no longer be the first few in a weighted assessment, he felt lousy. Work became a lot tougher and Suresh began plummeting. His dream of going to the best school was slipping away.

Suresh’s father had been very concerned about the pressure he was facing. He never demanded anything else besides Suresh doing his best. Nevertheless, the father and son decided to give Fun Learners School a go with English, math and science.

In FLS, the first thing sorted out with Suresh was his wrong impression that he had to be the top student to be good. Even though results may be important, education is for improving mental abilities and cultivating character.

The multiple mini tests in Fun Learners School lessons made Suresh realise his real problem of it being able to complete even relatively easy questions within the time limit. He felt that SpotzOn was indeed God-sent because the testing platform provided multiple time-trial practices. That was exactly what he needed, and Suresh felt a new sense of confidence and hope.

Does your child also experience the competitive pressure among his peers? If so, come and see us. We can help.

Meet Our Team
Discuss Your Case